Doyers Street is a 200 feet or 61 m long street in the heart of Chinatown in New York City. It is one block in length and has a sharp bend in the middle. The street owes its name to Hendrik Doyer, an 18th-century Dutch immigrant who bought the property facing the Bowery in 1791 and operated a distillery where the post office is now sited and the Plough and Harrow tavern on the corner of the Bowery.

From 1893 to 1911, at 5–7 Doyers Street was the site of the first Chinese language theater in New York City. The theater was converted into a rescue mission for homeless from the Bowery.

Early in the century, the bend in the street became known as “the Bloody Angle” because of numerous shootings among the Tong Gangs of Chinatown that lasted into the 1930s. The street was ideal for street battles not just because of its angle but also because of the tunnels that connected the buildings. Hatchets were frequently used, leading to the creation of the expression, “hatchet man.” According to law enforcement officials, more people died violently at the “Bloody Angle” than at any other street intersection in the United States.

In 2011, the street was lined with barbershops. However one place that’s been there for years still exists. At the angle where the street bends there is a famous and very affordable dim-sum place called “Nom Wah Tea Parlour”. It first opened at 13-15 Doyers Street back in 1920 as a bakery and a tea parlor. For most of the 20th century, Nom Wah Tea Parlor served as a neighborhood staple offering fresh chinese pasteries, steamed buns, dim sum and tea. After it lost its lease at 15 Doyers in 1968, it moved into a brand new kitchen at 11 Doyers Street and has occupied 11-13 Doyers Street ever since. If you ever in the area, I highly recommend you give it a try, you won’t be sorry! 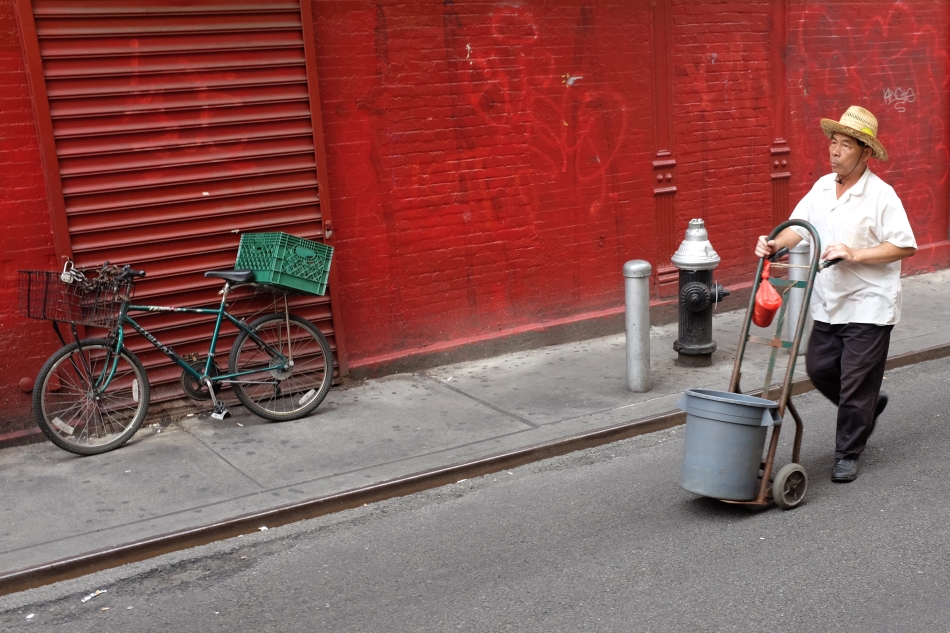